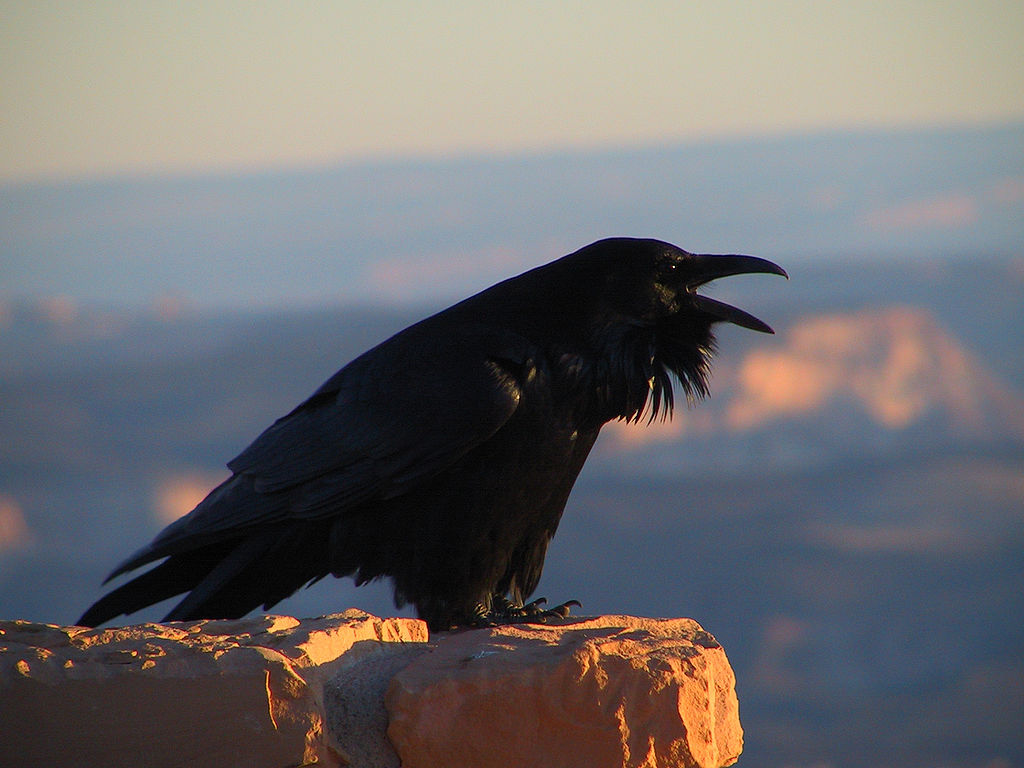 The common raven (Corvus corax) is an abundant generalist of the northern hemisphere, known to congregate and roost near human-related food sources. Due to a growing human-footprint and associated anthropogenic food subsidies, raven populations have increased dramatically over the past several years throughout the USA. The sub-arctic region has also witnessed increased urbanization and industrialization, and ravens have taken advantage of these changes. During 2004 and 2006, we surveyed parking lots on a bi-weekly basis in the city of Fairbanks in interior Alaska, showing an influx of ravens in winter. Between 2010 and 2012, we documented the presence and absence of ravens at a permanent set of 30 suspected raven locations and 21 randomized locations within the city limits of Fairbanks. We used machine learning (RandomForests) and 12 spatial GIS datasets from the Fairbanks North Star Borough to accurately model-predict the relative occurrence of ravens during winter and summer in Fairbanks. Our research showed a positive correlation between raven occurrence and commercial and residential zones in both winter and summer, as well as an inverse geographic relationship between ravens and the waste transfer station in the study area in winter, and a direct correlation near restaurants in summer. These results emphasize the link that ravens have with commercial, anthropogenic food sources, and how Fairbanks and its subsidized, urban habitat may be shaping part of the wider sub-arctic biodiversity landscape.